The Bridgnorth and District Twinning Associaton is sad to inform
you of the death of Jean Paul Duchet, a great advocat of Twinning.
Jean Paul was a professor of English, and taught at the Thiers
High School. He was involved in all aspects of Twinning for the
past forty years and is sadly missed by us all.

A TRIBUTE TO JEAN-PAUL DUCHER

some forty years ago, and have spend many wonderful times in their company, at Festivals

in Schrobenhausen and Bridgnorth, and at their home at Les Hort. Jean-Paul would talk about

his experiences during many visits to the UK, (he knew more about England than I did!),

whilst Jacqueline prepared a tasty meal and then would join us to discuss family holidays,

grandchildren, politics, or twinning matters. It was a great pleasure for me to be in the

Whenever we met Jean-Paul always had a joke, or a trick to play on some unsuspecting person.

During the 2017 Christmas Market, he joined me for a “cup of tea and a scone” on the London

Bus that was parked in the Square for “British Produce Week”, when he decided to confuse

the “passengers” by conversing with me in the “Queen’s English”. The waitress was convinced

that she was serving two Englishmen, and commented on his french pronunciation, we left

the bus to the sound of all the passengers laughing with delight.

As well as mentoring numerous pupils, Jean-Paul was a revelation and inspiration for me

and I will miss his friendship.

This was the song that Jean-Paul and I sang together, over thirty years ago, at a party held in

Bridgnorth to celebrate Jumelage/Twinning friendships. I was surprised that a Frenchman

new the words to this Flanagan and Allen song, recorded sometime during the 1940’s, but as

knowledge, wit and humour, and when in the company of others was always ready with a

joke or funny comment. We performed that duet many times at twinning Festivals, each time

we would saunter up and down the room, one hand on a shoulder, just as the stars of the 1940s performed it.

Underneath the arches, on cobblestones I lay

Every night you'll find me, tired out and worn

Happy when the daylight comes creeping

Sleeping when its raining

And sleeping when it's fine

I hear the trains rattling by above

The Pavement is my pillow, no matter where I stray

On behalf of the Bridgnorth & District Twinning Association. 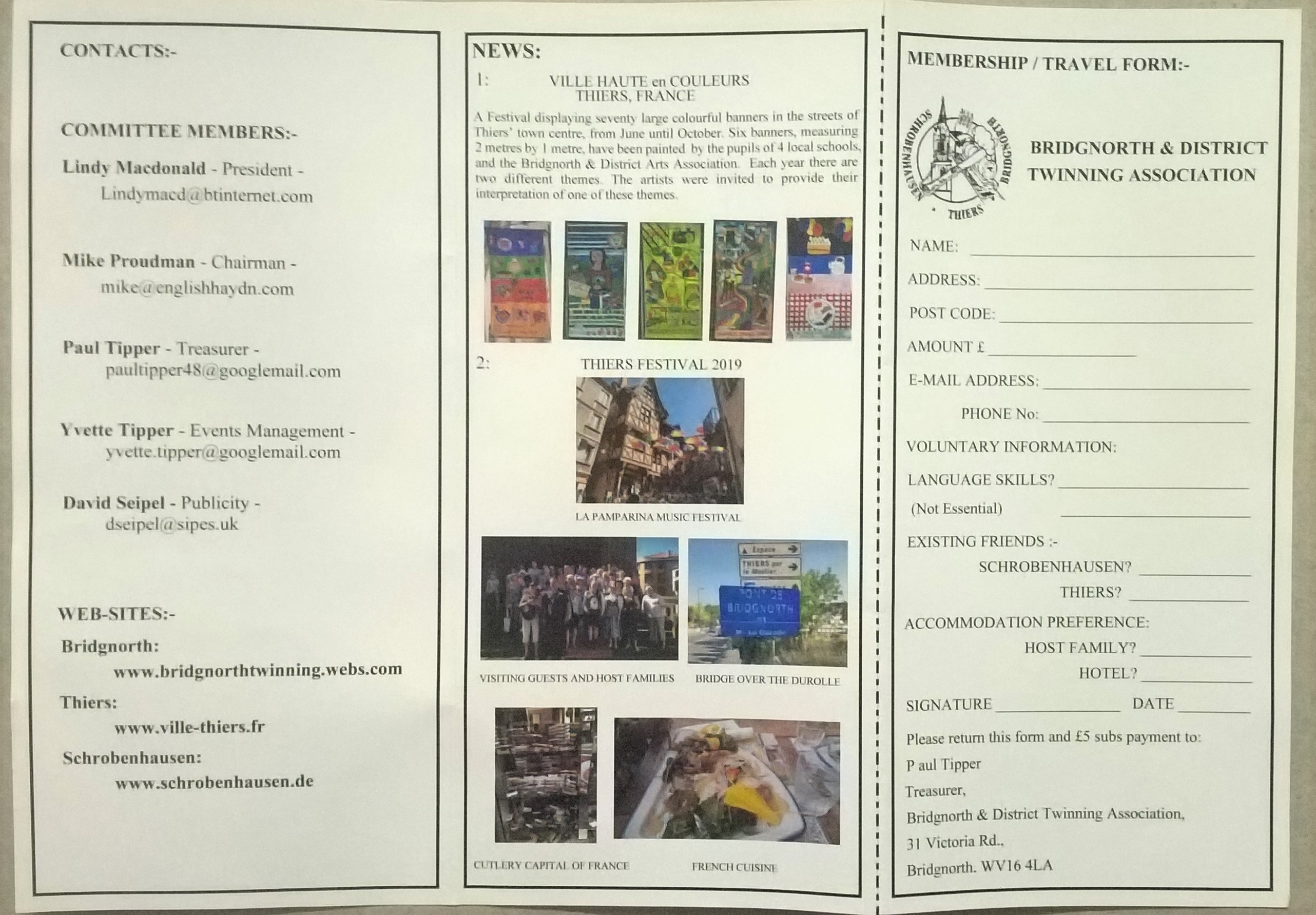 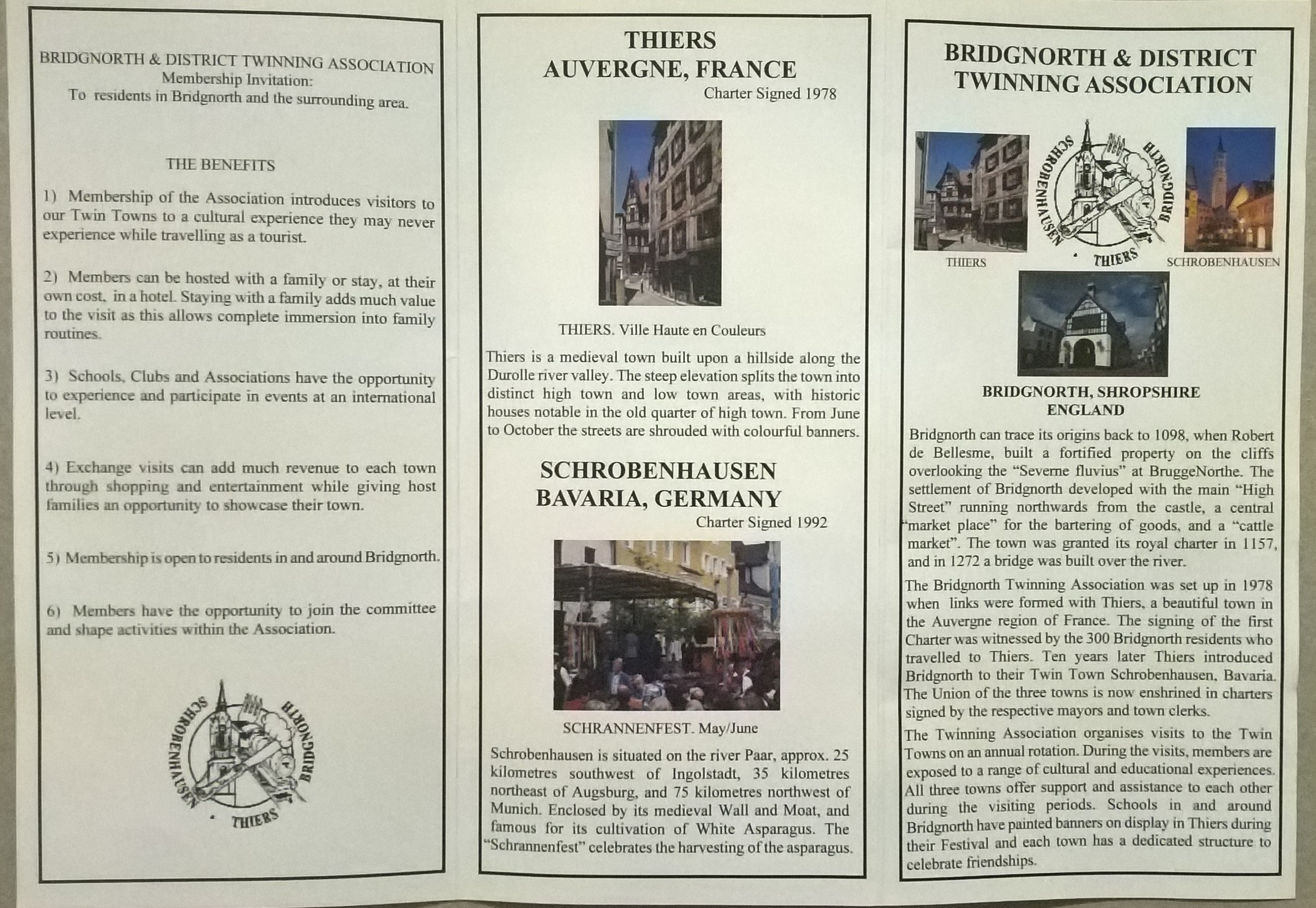